The club's main aim is to promote chess among 5 to 18 years old in Colchester, members can learn and play chess in a friendly atmosphere.

It's at the Kingswode Hoe School, Sussex Road, CO3 3QJ. 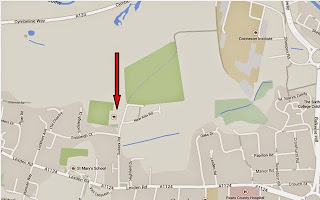 Parents are welcome to wait or help out and there are free teas, coffees, biscuits, WiFi and parking available.

It's a Not For Profit Club and there is a small fee to cover the running expenses and ongoing developments. Donations are also welcome. The club already has a Facebook page.

The draw for round two has been made (first named player has white):

The following first round games still need to be played:

So far the first round has seen wins for Nathan, Clive, Dave and Mo.

Rules: 30 minutes on the clock for each player. These games should be played during October - no set date has been specified due to the number of NECL games due to be played this month - players should fit in games when they can. The draw for the 3rd round will be published on the 1st November.

Three Colchester players entered the Essex U135 rapidplay - and all did well. Mark Johnson, in his first chess tournament, finished in joint 2nd with a score of 4 out of 6. Mohammud Jaufarally came joint 5th with a score of 3.5 out of 6. Nadia Jaufarally, one of the lowest graded and youngest players, finished on a score of 2 out of 6.

Martin Harris had strong results in two tournaments at the Paignton Chess Congress. He came joint 2nd in the U-130 morning competition and 4th in the U-130 afternoon competition (picking up the grading prize). Below he has annotated three of his wins from these competitions.

This year, the Tony Locke Rapidplay will be a 7-round accelerated swiss competition with one round taking place each month between September and April (except December). The draw for round one is below, additional players may be added to this draw over the next few weeks (eg new members, student members). First named player has the white pieces.

30 minutes on the clock for each player. The club night on the 17th September is allocated for these games - though players may agree to play the match on an alternative night if preferred. The draw for the 2nd round will be published on the 1st October.

The format for this year's club championship has changed slightly - though there will still be a group phase followed by a knockout format. Players have been divided into groups (randomly from seeded pots). The winners of each group will get byes for the first and second rounds of the knockout; those who finish in 2nd place in their group will get a bye for the first round of the knockout. The draw for the knockout rounds will be determined by grade performance in the group stages. Where additional byes need to be given out (due to numbers) the eligible player with the best grading performance will be given it.

Once dates for NECL fixtures are known, dates will be published for the club championship games - however, matches can be started before then if the two players agree a date. All matches in the group stages must be finished by Wednesday 3rd December.