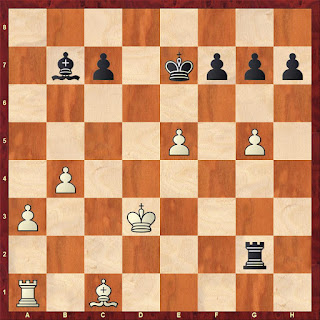 The Club Honours page has been updated to show the 2015/16 results and also now includes more historical results than previously.

The position at the top of the page is taken from the decisive game in the Club Championship (N Barnes - N Voelker). It shows the position after Black's 36th move. Nothing particularly special about the position, except that neither the White rook or bishop had moved at all in the first 36 moves. So, is the game still technically in the opening until White completes development?